Parallax Vision and the Two Truths


The lamas often tell us that when doing retreat it is important to select an appropriate location. The importance of that was underscored when it came time to write about Tara Rinpoche for this blog. My friend Loy kindly lent us a seaside condo south of Los Angeles, where I thought I might be inspired and also so I could meet with my brother, who was out for a conference. After my brother left Kayla and I stayed on to take a bit of vacation by the sea. The expansiveness of the ocean worked its power on me, both positively and negatively. The mythologists tell us that oceans are symbols of the unconscious mind, and my mind truly was stirred up by the power of the waves and the very ocean itself. Passively transmitting great powers of earth, wind, sun and moon, vast in its spaciousness, it stirred up my unconscious sediment. My feelings for Tara Rinpoche and the story of my relationship with him were stirred. The quiet and general freedom of the place also opened my sensitivity in other ways. For the first time I felt the sea to be frightening in its relentlessness. Never before had I felt this. Growing up near this very environment I had always felt the seashore as a place of freedom, beauty and delight. Of course it was still that, but another side now revealed itself to me. My dreams were disturbed and I frequently felt a strong sense of anxiety. Over four mornings Kayla was awakened by a male voice calling "Kay." It was not me.

Morning meditation was often an engagement with the opaque and uncomfortable stirrings or with profound anxiety.

One morning, after my usual guru yoga and Manjushri practice, I just sat with my anxiety and looked at it in the manner Zachoeje Rinpoche had taught me. I could see, at least momentarily, its basis in my sense of separation from my world. It is true that we all experience ourselves as individuals, separated from our environments. Much of youth is a task of developing our sense of "I" or ego as apart from the world and people around us, especially parents. Without this ego we simply lack powerful agency and cannot function in the world. Yet that very sense of separation is a source of discomfort, which in an extreme form is an alienation from the world.

Buddhists have a doctrine called "The Two Truths." The conventional truth is the reality of the separation and interconnection of all objects and persons. But the ultimate truth is the fact of their emptiness of permanent, tangible, independent reality; the truth that we construct everything as an object of our experience irrespective of its externality.

For some time it has seemed to me that the Buddhist path is all about reconciling these two truths.

It may seem strange that there can be two truths and not just one when it comes to cognizing something, but it is the case. These two truths do not contradict, they are two ways of cognizing one thing. One way of cognizing is that of the absolute non-separateness of everything. This is a state so profound that one cannot even cognize "two." For most of us such a state cannot even be experienced, or perhaps rarely at most. But if we get a glimpse of it great peace pervades us. Usually we are locked into dichotomies of subject and object, locked into "I want" or "I don't want" or some fear, or even pain. This experience is also true; it is conventionally true to the extent that we experience ourselves as individuals. How does this come about? As I am writing this short essay Kayla is on the other side of the kitchen bending over to pour a glass of water. Suddenly she groans. She has twisted her lower back in just such a way that after a week of exercise and the tiring of her muscles they give way. The pain absolutely individualizes her. And it individualizes me as I empathetically experience her agony and as my own fears for her arise.

These feelings are completely real and overwhelm my sense of "non-two". Yet at the same time they ironically reinforce our interconnectedness because we share the pain in some way, and both know that we will share the consequences of the injury, though differently. We are two and not-two at the same moment.

There are many ways spiritual traditions have tried to communicate this. The two truths doctrine is one way Buddhists have done so. Understanding this doctrine of cognition is a challenge. An even greater challenge is ascertaining the unique value of attempting to bridge these two ways of cognizing. In the early 1980s I began to read Gregory Bateson's writings and developed an appreciation for his thoughts about the significance of our having parallax vision. That is, due to their separation on our face each eye sees a different field of vision, but the brain reconciles these into a unified visual cognition, and adds something new: depth. The perception of depth is what Bateson called "the bonus of information" that arises from the way the brain reconciles two fields of vision. I've seen this, in a metaphoric sense, to be a powerful epistemology. So I ask, what is the bonus of information about life gained by cognizing phenomena from the two positions of the two truths?

Here I am reminded of a Zen story about a monk who was being chased by a tiger. Suddenly the monk finds himself on the edge of a cliff overlooking a deep ravine. The tiger approaches hungrily and the monk jumps over the edge, grabbing a tree root sticking out from the cliff several feet below the edge. Now he is free from the tiger, he has no chance to be relieved because a mouse comes out of a hole next to the root and begins to nibble through the root. Just before the root is severed the monk looks to one side and sees a flower. Captivated by its beauty, he drops any concern about tiger, mouse, root or ravine. He is totally engaged with the moment, which is complete beauty. Here is a man who can live within both truths in a single moment. 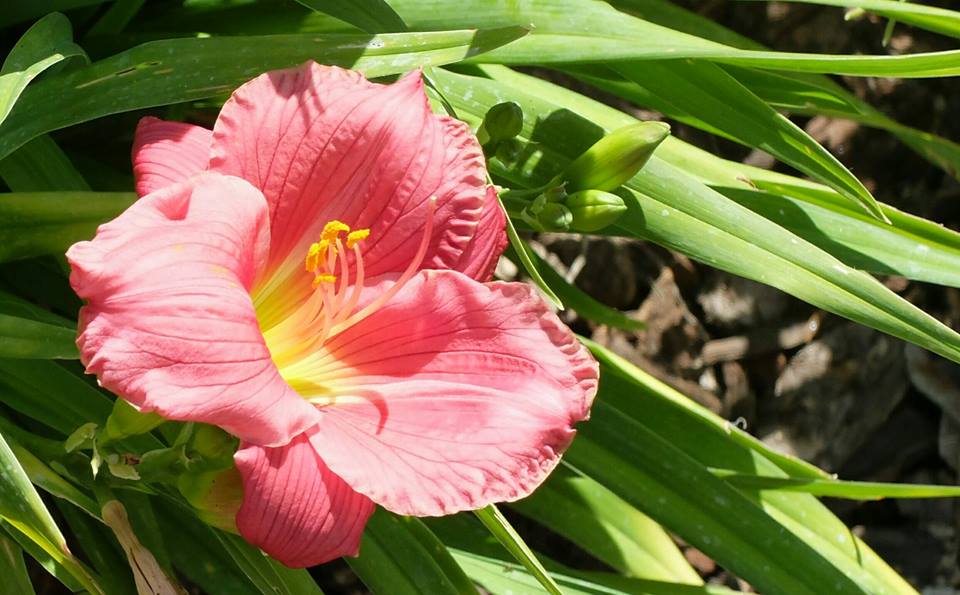 In a rather less extreme way, I have found that the parallax created by studying and practicing within multiple traditions of Buddhism has enriched my understandings. The Chinese, Koreans and Japanese excelled at using metaphor, such as the story above, to communicate profound truths. The Tibetans excelled at systematic and detailed logical organization of Buddhist teachings. Shifting back and forth between these traditions has been one form of parallax for me, with each perspective highlighting something which might be obscure in the other. And because I am a modern person living in a multicultural world, I also have found my understandings enriched by the parallax created by Hindu views and the views of modern science.

It has seemed to me that truth is a gem with many facets which reflect the light into each other, building its strength and power of penetration.

But there is a danger. I am reminded of a story told by the great Hindu teacher Ramakrishna. A farmer went out into a field to dig a well and after digging down ten feet in one location decided there was no water there. He moved to another location and dug ten feet. No water. He moved to a third and a forth location and dug ten feet in each. Still no water. So he gave up and abandoned a field that sat on a huge water table -- twenty feet under his sandals. The difficulty with the parallax approach to engaging with multiple spiritual traditions or disciplines is that one might not reap the benefits of any one which might have been pursued with tenacity. But of course tenacity also can generate narrow mindedness. So this is our quandary.

I asked both Tara Rinpoche and Locho Rinpoche if I should practice some sadhana other than Manjushri. Though their comments were separated by many years they said the same thing. Just do the one practice; it is enough for you and will teach you everything you need to know. Perhaps the virtue of my practicing under the direction of several teachers before whole heatedly committing myself to the practice given me by Tara Tulku is that I could allow the wisdom of the parallax perspectives to emerge without wavering in my commitment to the incredibly rich and complex practice he gave me.

Engaging in this practice here by the edge of the Pacific Ocean I have been straddling several worlds. One day, for what seemed like endless moments, an unexpected depth opened up and all was one peaceful truth of existence -- like the great ocean, complex in its nature but appearing like one great expanse. Yet within that great one I also sit with complexity and with my anxiety.

On the western horizon, before dawn breaks, an eclipsed full moon refills itself as it sets. Briefly, as the sun approaches the eastern horizon behind me, the moon turns red, then silver again as nearly full, it fades and disappears completely into the marine layer of fog. A perfect end to my little retreat, as I sit on the edge of land and sea, just midway between sun and moon. 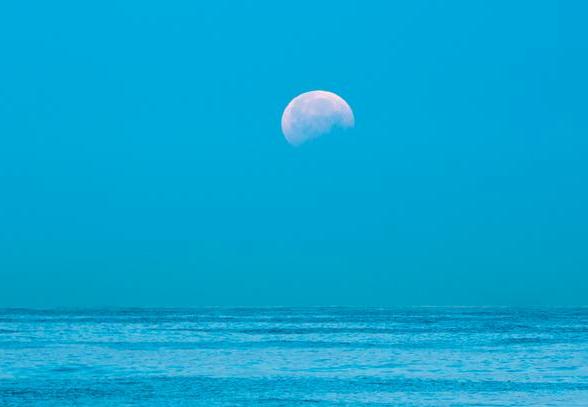