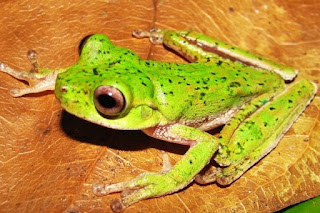 The Catholic theologian Thomas Berry proposed that we need a "new story" to account for our place on the planet, a story that would replace the old Judaeo-Christian story of who we are and why we are here.  He proposed that the scientific story of evolution could meet this need.  Though, I believe, with some small modifications. Anyway, his idea was that evolution was part of an "earth process" which had its own wisdom and which, perhaps, was going somewhere, was not just a form of circumstantial or even random development.

I first came across Berry in the 1980s and in my own thinking immediately began to graft together his idea of the need for a new story with the Buddhist story of the bodhisattva.  I thought that perhaps grafting the two stories together could point toward a way forward for humans, point toward a fundamental meaningfulness for humans as part of the earth process. At the same time I began to consider how the looming eco-crisis could fit into that new story.

The picture which began to emerge in my thinking was not entirely pretty, but I thought I would share it with others anyway, and being scholarly minded, wrote several articles on the subject and did some conference presentations. My work generally was received with a resounding lack of interest.  That was not a huge surprise because I wrote about a time upcoming of great tribulations.  Yet, having faith in both the wisdom of the earth process and the wisdom of the Bodhisattva path, I imagined that the tribulations could be followed by a sort of human "reset" to more sustainable and humane societies.

There is a perhaps apocryphal tale about the frog in the boiling water. Drop a frog into boiling water and it will hop out. But place a frog in water and gradually heat the water and you can boil the frog to death. This tale is relevant to our recent history of gradual climatic heating.

Now the climate crisis is upon us, as we all know. Gigafires in California, drought in the Southwest, intensifying hurricanes, etc, etc. Hundreds of thousands of migrating birds have been falling from the skies in New Mexico as they flee the west coast fires before they have the body fat to sustain their flights south. And of course the global pandemic. In the light of such suffering it is hard to imagine that there is any wisdom in the earth process.  But humans are not the center of life in that process and it is pretty easy to argue that our ignorant arrogance of putting ourselves at the center has a lot to do with the crisis now upon us. Lynn White's famous 1967 article "The Historical Roots of Our Ecologic Crisis" makes just that argument.

So the earth may care about us, but only as it cares about everything, and perhaps there is something larger going on, something that is hard for us to see with our anthropocentric perspective. Let me turn to that larger view, and again the implications are not exactly pretty, but they may be hopeful if one takes the long view.

Two years ago [October 2018], scientists with the United Nations' Intergovernmental Panel on Climate Change published a landmark study, Global Warming of 1.5 Degrees, which found that humanity had to cut heat-trapping emissions roughly by half by 2030 to avoid catastrophic climate breakdown. Headlines warned we had "12 years to save the planet." Those 12 years are now 10.

Except more than two years have been lost, because in that time, the Trump administration has prevented the world's biggest economy from making "the dramatic reductions that were necessary to keep us on that path" of halving emissions by 2030, [the climate scientist Michael] Mann says. "So now the incline is steeper. It's no longer 5% [reductions] a year for the next 10 years. It's more like seven and a half percent." (As a comparison, 7% is how much global carbon emissions are projected to fall in 2020 due to the Covid-19 economic lock downs that shrank driving, flying and other carbon-intensive activities.)

Consider the final line in this quotation. The pandemic has accomplished what no government has been able to accomplish. In its own destructive way it is of benefit.  This is hard to imagine; it is pretty tough. Is it possible, could it be true? What would it mean for humanity if it were true?

Homeostasis is the term for the process in which living things keep their systems functioning by keeping them in balance. I have to wonder if the pandemic is earth process homeostatic wisdom at work. Will we humans get this message from the earth, back off from our unbalanced petroleum madness, be smarter than frogs and jump out of the heating water? Perhaps I am a fool to have faith in the Bodhisattva path, to have faith that we humans can jump out of the pot of heating water and reset. Yet this is what sustains me in these dark times.