Yesterday I sort of randomly (is there such a thing?) happened to notice Yvonne Rand's name in the San Francisco Zen Center weekly e-newsletter.  I thought she might be doing an internet streamed Dharma talk that I could attend.  But it was a death notice.

I hadn't seen Yvonne for at least 25 years, but her death still grieved me. It was not that we were close in any way, but my life would not be what it is without her, and as I spent some time thinking about her I also thought about our complex connection.  Though she was a well known Buddhist priest and teacher in her time, she was not a teacher to me.  Yet the shape of my life since the mid-1980s depended on her.

We Buddhists hear the teaching of interdependence (aka dependent origination) all the time, but we easily take it as no more than an abstract meditation theme. Now, however, as I thought about Yvonne I was reminded of the tangible reality of dependence. Nothing abstract. It was Yvonne who suggested Kayla do a grief retreat at Green Gulch Zen Center after the death of her husband.  It was Yvonne who brought my lama Tara Tulku to teach at Green Gulch while Kayla was on retreat and through that contact he became her lama. And because of Tara Tulku, Kayla and I met.  Our first date was a Christmas party at Yvonne's.  And later she married us. 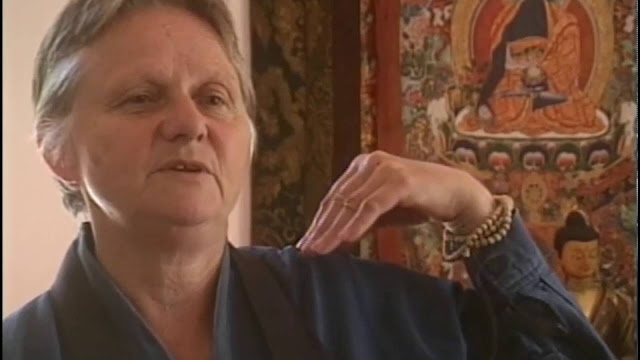 Without her existence what would the second half of my life have looked like? Could our intertwining and interdependence be one iota clearer?

I never thanked Yvonne for this life, until now, because I never really thought about how much of my life depended on her life.

Perhaps it would be good to reflect with gratitude on the other Yvonnes who have contributed to the shape of the life I am living.

We all have Yvonnes in our lives. The friend who arranged a blind date with the person we married, the person who hired us for a certain job that launched our career, the person who did not run the red light and did not cripple us. We think of ourselves as independent, as creators of our lives.  But this is just a story we tell ourselves to feel in control of our world. It may be a comforting story, but that is all it is. We are not independent, but neither do our lives unfold in a completely random pattern. There was some attraction to the blind date; there was something in us that meshed with that person.  There was something in that person who hired us for that important job, something that recognized something about us that was important to them. And is there also some degree of randomness, of chance? Why didn't the red light get run? We don't even know we were spared, just as we don't know how much chance and randomness might shape our lives. If it does.  We can thank the person who arranged the blind date but can we thank the person who was paying attention to the traffic lights and stopped at that intersection we were crossing?

Perhaps we just need to have gratitude for our lives as they are and for all the people and animals, trees, winds and rains who brought us here, known and unknown.